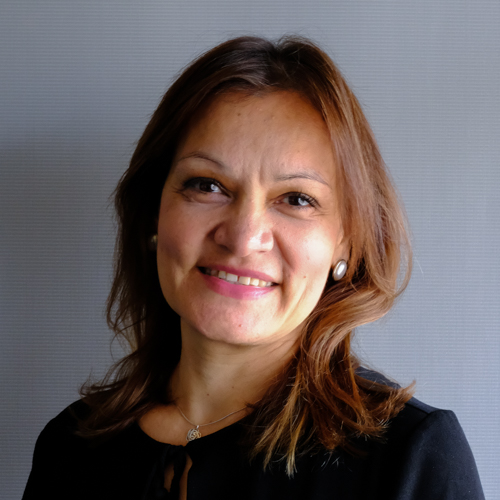 Nydia was born in Mexico and has also lived in Indonesia, the Philippines, and the United States. She is married to Jim Schmidt and they have three adult children, Andrew, Paul, and Joseph.

She began her theological studies in Mexico at the age of 16. She received a bachelor’s degree in Christian Education from the Rio Grande Bible Seminary in 1991 and her master’s degree in Intercultural Leadership from Crown College in 2012. She has been a member of Wycliffe USA since 1999, occupying leadership roles in Wycliffe Global Alliance (WGA) since 2003. Since 2013, she has been the director of WGA Americas Area. Nydia and Jim live in Mexico City.