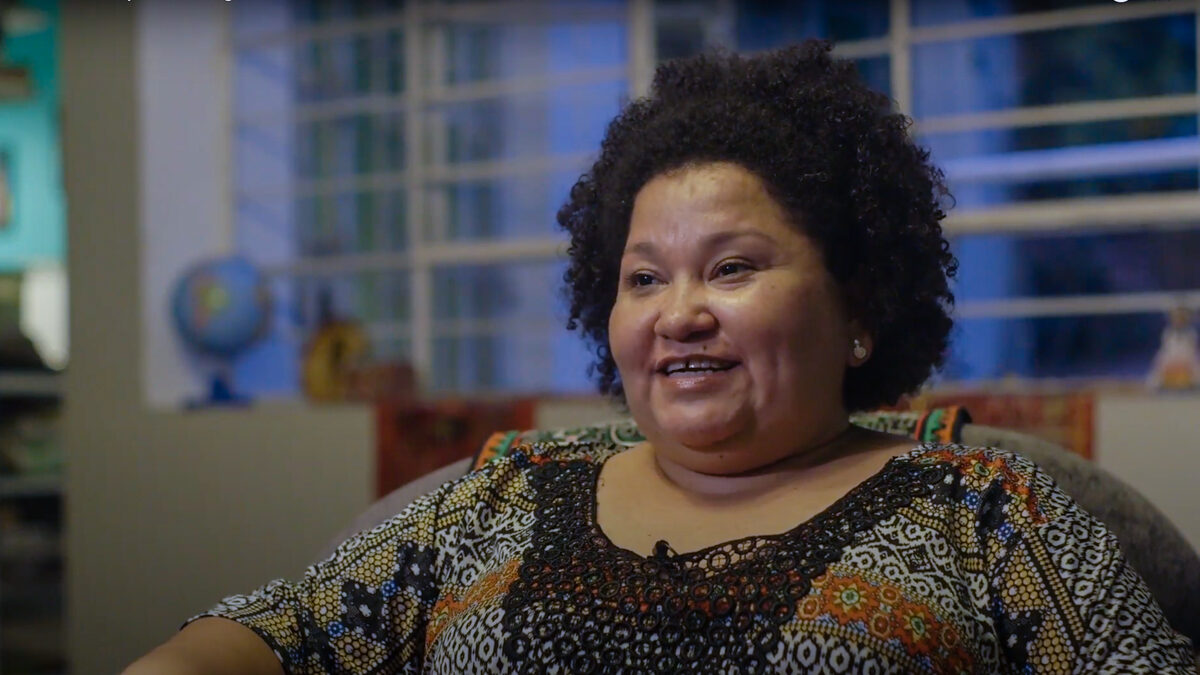 I was born in a humble family in Guayaquil, Ecuador. I worked from a very young age to help out at home. I met the Lord at the age of 11. When people asked me what I wanted to be when I grew up, I always answered, “I want to be a missionary!” At the age of 14, after watching a video about missionaries killed by the Huaorani tribe as they were trying to preach the gospel in my country, I began serving as a local missionary for my church.

I obtained a Bachelor of Theology degree from a Baptist seminary in Ecuador. Then, God called me to Costa Rica where I was able to learn more about cross-cultural missions among Muslims, Hindus, and Buddhists. I formally studied missiology and it was among the indigenous people of the Costa Rican jungle that I did missionary practice.

After this, I served as a missionary to India. It was where I learned English! Living in India for 11 years, I also learned Hindi and Urdu, as I served in the ministries of church planting and discipleship in 12 churches. During these years, I was able to learn their languages, culture, and religions. 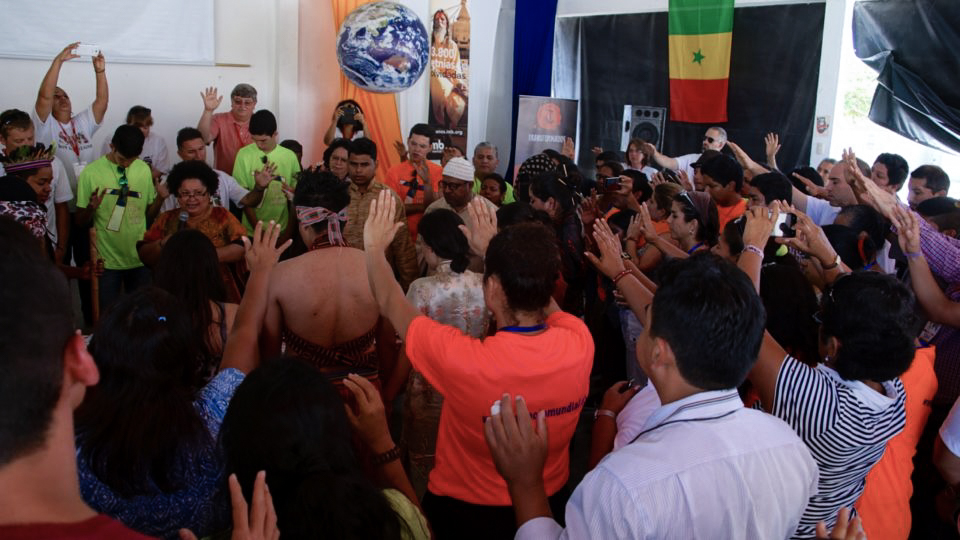 In 2009, I had to go back to Latin America due to lack of financial support. I was sad because I didn’t want to leave India. But a missionary friend from South Korea told me, “God is sending you back to Ecuador to mobilize Ecuadorians.” This changed my perspective! I began to meeting once a week with a friend from my teenage years, Maria Lola Moreno, praying for the nations and praying Luke 10:1-2 asking God to raise up workers.

In response to God’s special task for us, we started Impacto Mundial, an interdenominational missionary agency that fulfills the Great Commission and brings the gospel to unreached ethnic groups in the world. What started with 2 people in 2009 now has trained and mobilized over 60 missionaries from Ecuador to serve with us at Impacto Mundial, and we have sent 12 missionaries to unreached ethnic groups around the world. Also, while serving in another international organization, I have participated in the mobilization and sending of 60 other missionaries from different Latin American countries to less reached nations. 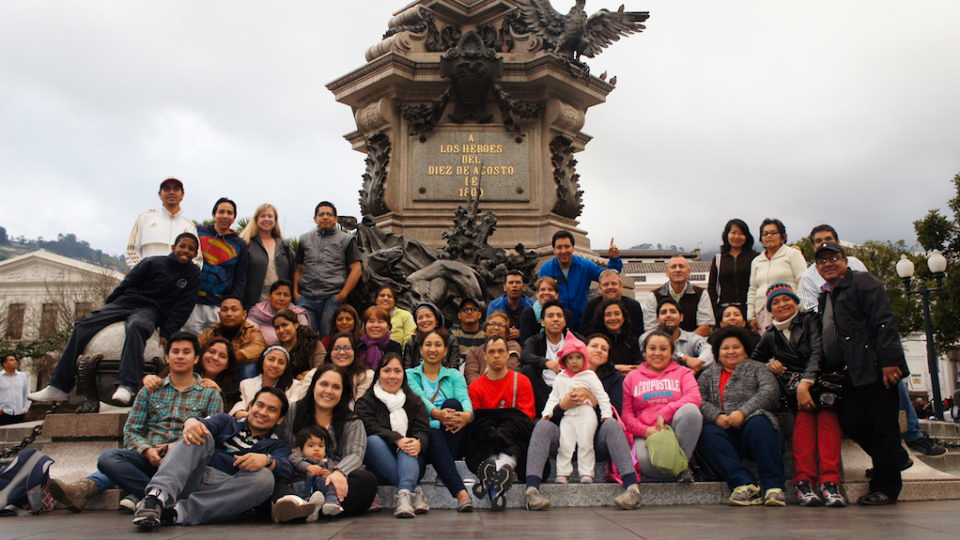 Julieta and the Impacto Mundial team during the 2018 Spiritual Retreat and Integration in Quito, Ecuador

As a missionary, I am involved with SIM and since 2015, I’ve been the director of SIM Latin America. Through invitations sent by René Palacio, Director of Governance at SIM International, I learned about GTP as he also is the Board Chair of GTP. Because I was at home during the time of the pandemic, I thought it is the time to receive and learn more. The more I learn, the more I can give.

In February 2021, I attended the “Stewardship and Standards: Teaching, Testimonies, and Tools to Strengthen Generosity and Governance for Sustainable Ministry in Latin America” webinar that GTP conducted with CONFIABLE, ECFA, and Wycliffe Global Alliance. There, I realized that GTP has very good materials. Soon, I was inviting other people to join GTP trainings, as well. 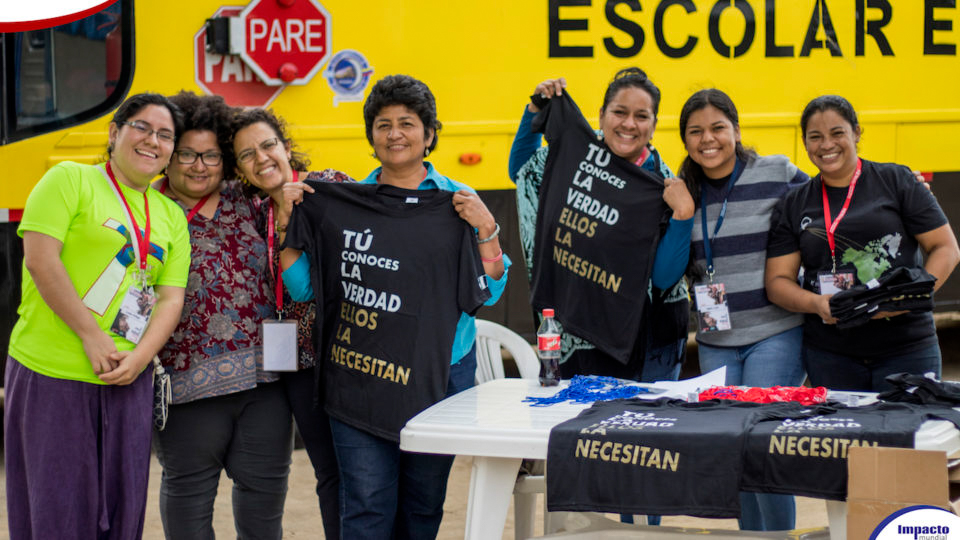 Julieta and friends at the 9th International Seminar of Mobilizers

I love GTP because the biblical teaching and practical tools are shared for free, and they help increase the efficiency and effectiveness of church and ministry workers. For example, now I serve on the SIM board for Latin America, so I get insights for biblical governance. And remember, I came home from the field due to lack of support, so I love that GTP provides contextualized coaching on topics like raising local funds.

One day, I received an invitation from Gary Hoag (GTP President & CEO) and Paula Mendoza (GTP Global Administrator) to talk about the possibility of being the GTP regional facilitator for Latin America. They called me because I had been so enthusiastic about sharing GTP webinars and tools with others.

When the call came, I felt both excited and nervous. So I took time to fast and pray, “Lord, what is going on? Will I be able to do more?” The more I spent time praying and learning more about the organization, the more God gave me peace. He told me, “Do not be afraid.” While my dream for my life was to be a missionary, I think now He wants me to be a multiplier of faithful workers for Him. 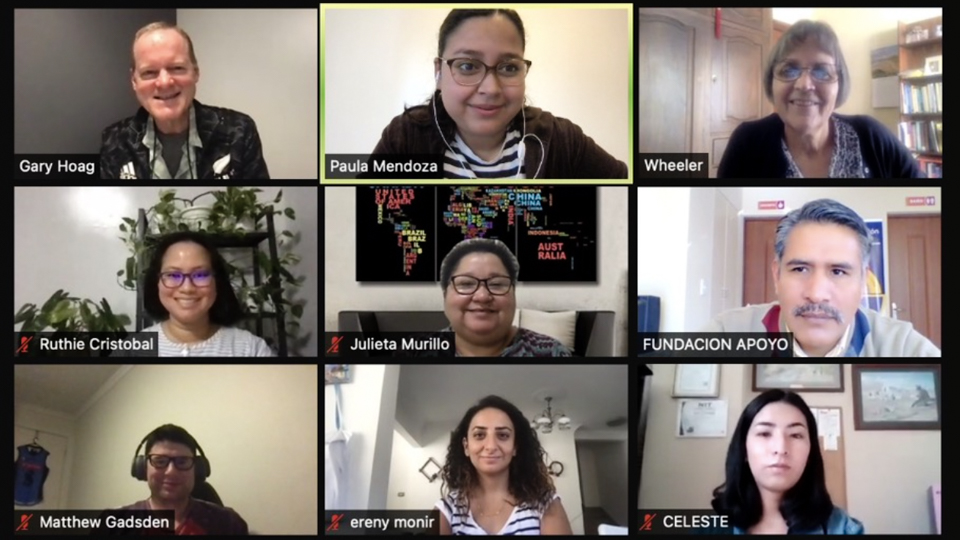 Julieta meeting the GTP team and the APOYO Bolivia team

In 19 August 2021, I spent time with the GTP team, which I am happy to see is a young team. I shared my story with them and we talked about what being a regional facilitator entailed. When they asked my vision for serving in this role, I shared that I want to meet people, listen and understand the needs of the region, get to know more about GTP, and I want to build a team to serve Latin America.

At the end of the meeting, I was appointed as the new GTP regional facilitator for Latin America and the team commissioned me for the work with prayer. Then in God’s providence, Gary said their next Zoom meeting was with a partner organization in Bolivia, Fundacion APOYO, and I agreed to stay on briefly. Right away, I got to meet fellow Latin American workers minutes after the staff had prayed over me. 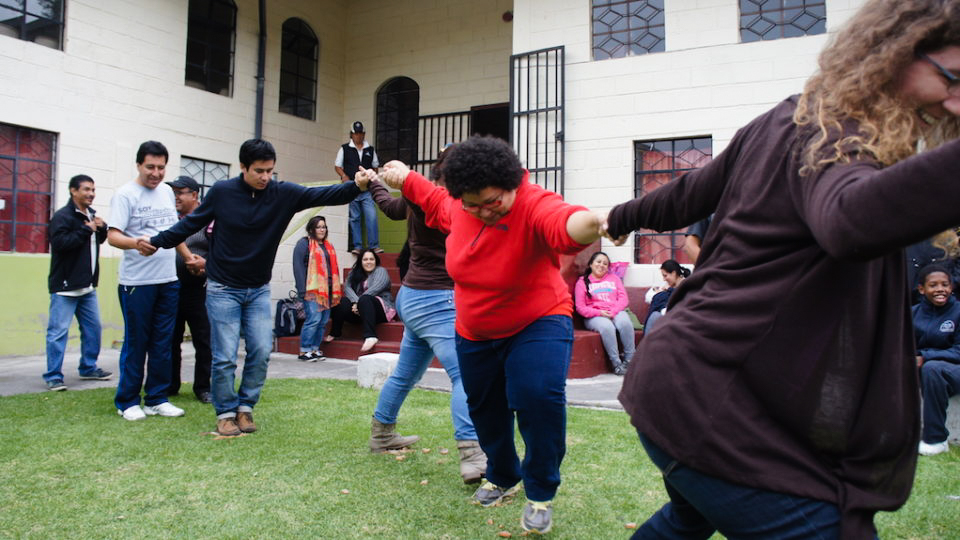 Julieta working hand in hand with others as a team

I may be busy but I’m not too busy that I can’t do more. I believe that God calls people who are already doing something. Now, I am excited to learn more and discern God’s vision for GTP in the Latin America region. I am obeying God and doing what he wants me to do, paying attention and trusting the Holy Spirit to open doors.

I look forward to discovering how I fit in the bigger picture, what I can give, and how I can connect GTP to the networks I am already a part of too. I am thankful for this invitation and the trust given to me to begin new friendships and explore new possibilities. With God as my strength, I am ready to accept the challenge of this new role and task.

Pause to pray for Julieta Murillo as she serves the Latin America region through her new role as GTP regional facilitator and her ministry with SIM Latin America, Impacto Mundial, and in the capacities in which she serves. With you! 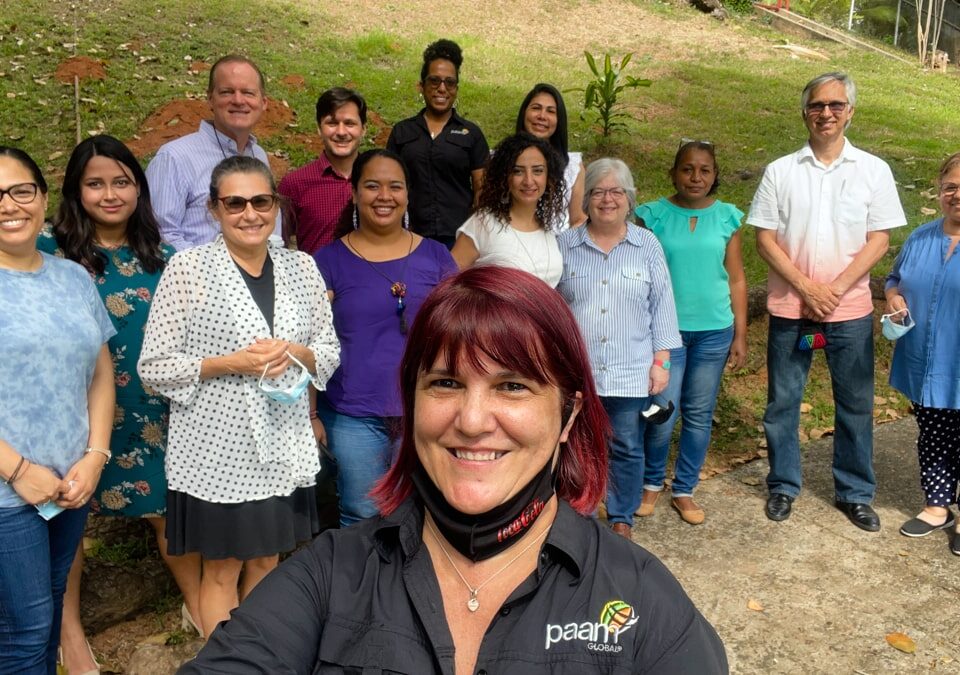 From Crisis to Change: PAAM and GTP 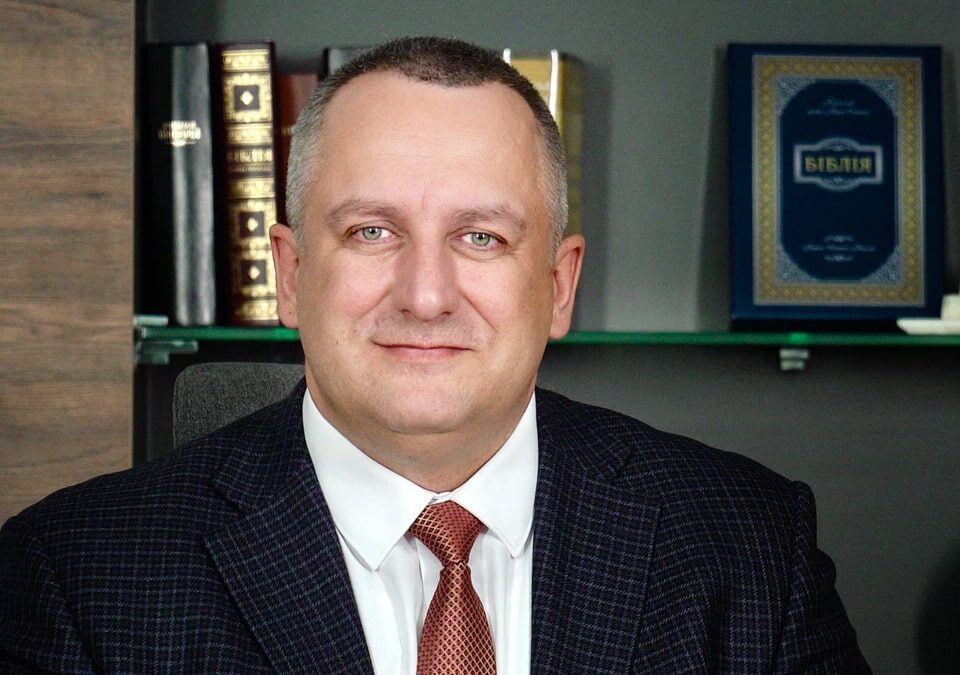 From Lacking Biblical Teaching on Stewardship to Cultivating a Culture of Generosity: Kyiv Theological Seminary, Mission Eurasia, and GTP 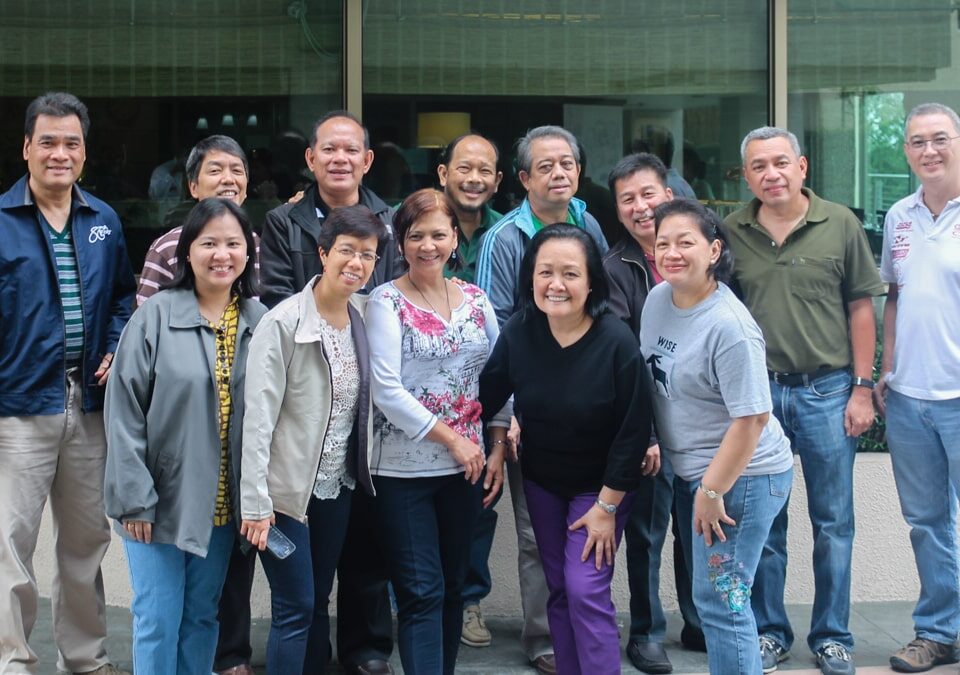 From Receiving Instruction to Replicating Impact: FOCIG, CCTA, and GTP